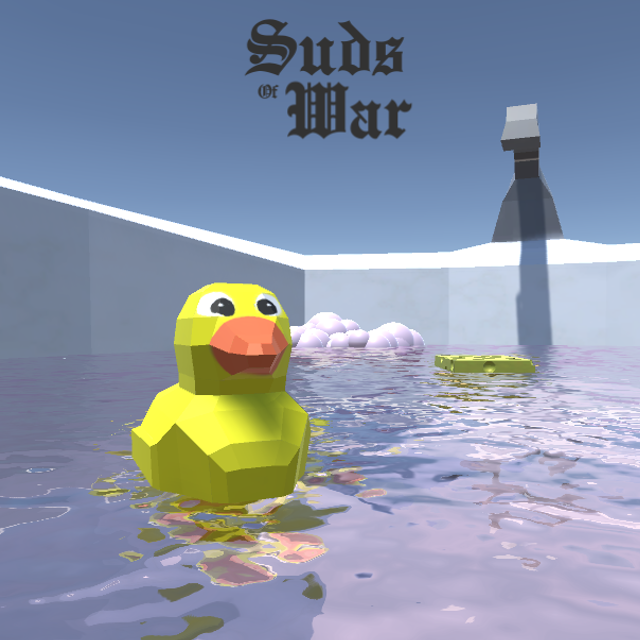 Have you ever played with toy boats in your bathtub? Have you ever wondered what it would be like to have a REAL naval war?

If you answered yes to one, both, or maybe none of these questions, then this is the game for you !

In Suds of War, you control plastic boats in a war to dominate the bathtub. Destroy enemy ships and attack the enemy base (a sponge). Rubber ducks block your way to victory, so go around them.

You start the game with three ships, try to hold on to them. If for some reason all three cannot be placed, the unplaceable ships will be available for immediate spawning, but you can only spawn next to your base.

Advanced warning that the Linux build has not been tested. Also, the Mac one required me to change some security settings on my MacBook. If you know how to fix this, please let me know! (It complained that it was downloaded from Dropbox. I have it set to allow me to run programs that are not from the App Store.)

At the bottom of the screen is an end turn button and the status of your ships.

Click the ship icon to respawn a ship. Ships have a cooldown timer that is displayed on the button. The more ships you have down, the longer it takes them to respawn.

Your goal is to destroy the enemy sponge before the enemy ships destroy your sponge.

For posterity sake, this game was developed completely in 72 hours by myself and my son. We each contributed the following items:

We hope you enjoy our very first entry into the Ludum Dare game jam as much as we enjoyed making it.